Almost 20 hours into this game, and I can honestly say this is one of my favorite games EVER. Not in the last decade, not favorite RPG or action game, quite literally top 3 games I have ever had the pleasure of playing. Here are some tips and hints for God of War that I wish I had known earlier, and some that have helped me enjoy the game even more as I continue my journey to the top of the summit (of gaming and Midgard).

Not all realms are created equal.

Explore, Explore, and Explore Some More

As most RGP and open-area games go, it pays off to return to areas you’ve been. This holds especially true for the new God of War. Kratos and Atreus will receive ways to explore even more of the worlds as you progress through the story, so if you see something that looks important but you can’t access it the first time, make a mental note or real one on paper to return to that area. While some areas pay off more than others, I never felt cheated when I chose to spend some extra time exploring with “Boy”.

Mix It Up in Combat

While the axe is an adequate weapon, your fists can be just as deadly. Mixing it up in combat will help you overcome the myriad of enemies the game like to throw your way. At the beginning of the game, I found myself barely using my fists to pummel enemies. Now, I go all out, using the axe and fists, combined with the separate abilities that correspond with each style, to thoroughly obliterate my foes.

The different environments are all beautiful in their own way.

Spread Out Your Upgrades

This goes for both your armor and skills. I foolishly upgraded an early armor a few times, then regretted it an hour later when I found a much more improved armor that I could have improved even further if I didn’t spend all my resources on the one armor set. You get a ton of loot in this game, and most of it is markedly improved over previous iterations. Keep that in mind when you are deciding what to spend those precious resources on. 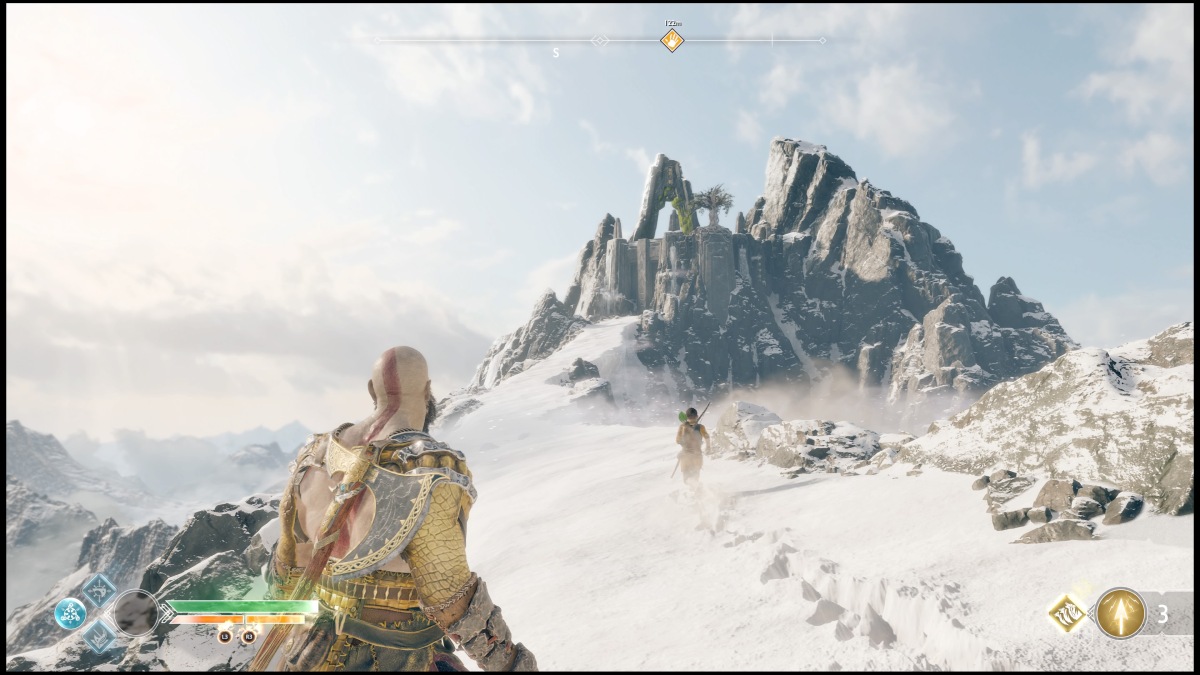 Play It For the Story

A great story in a God of War game? Yup, and even though I haven’t quite finished it yet, I have seen more character development than many other RPG’s that have come out in recent years. It is obvious how much time and effort was put into making the story not just coherent, but engaging and moving. The characters are interesting, the setting spectacular, and the twists and turns the plot take are sharp and unexpected.

Play With Headphones or a Nice Stereo If Possible

This one might not apply to everyone reading, and that’s understandable. However, if you have the ability to play this game with good headphones on or a nice stereo system, I highly recommend doing so. This game makes sounds I’ve never heard from my speakers before, and the World Serpent made my house literally shake from it’s voice. It’s something to behold that I never experienced in another video game before.

What do you think of the game so far? Are you enjoying the new camera and increased focus on story as well? Let me know in the comments!